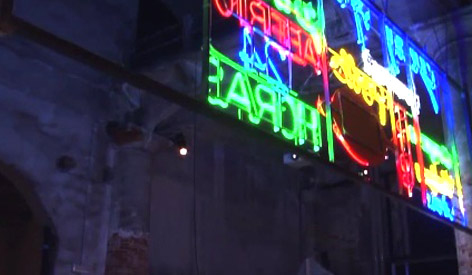 The projects of Urban-Think Tank are mostly directed to the most disadvantaged neighborhoods and around the world – with limited resources – they’ve already moved a lot. Their installation „Torre David / Gran Horizons“ is dedicated to a resident community in an occupied skyscraper in Caracas (Venezuela): The office building was never completed because of the economic crisis in the 1990s and remained a ruin, in which little by little more than 750 families quartered.
For a year Brillembourg and Klumpner accompanied by their teams investigated the physical and social organization of this community.